Benefits of Health & Her

As the year comes to an end it’s time to fess up. I don’t like Christmas. There. I’ve said it. For as long as I can remember Christmas has rarely been something I look forward to, or even get excited about. It began in childhood, for which there are many explanations, but as each year has passed, I’ve felt increasingly overwhelmed so just long for it to be over.

As an adolescent tomboy I resented having to ‘dress up’ (read here ‘put a frock on’). As a young, hip n happenin’ teenager I was way too concerned about what other people thought so subsequently remained vaguely on the wrong side of chic and cool. And as a young professional I was preoccupied with controlling both events and people to fit with my expectations of a flawless Christmas, a behaviour I explained away as simply ‘being organised’.

However, the real fun didn’t begin until my fifties. This was when all the neuroses of my Christmas Past met with my Christmas Present ……. Rejoice! Rejoice! Menopause is born and has joined the Christmas party!

Let’s be honest, during my ‘menopause phase’ I’d need little provocation to feel upset about something. However, last year was my annus horribilis where the impact of the menopause was concerned, so I guess it was inevitable things would become intensified on the build-up to Christmas. On reflection, I feel like I spent most of it fuming with disappointment and resentment. Making both my life, and that of others, an absolute torture. Such joy.

The making a list, and checking it twice, didn’t in fact bring everything nice. It was just plain naughty. An experience I now prefer to think of as my Christmas epiphany (more later).

In a fit of curious, and entirely uncharacteristic behaviour, my menopausal brain decided it’d be fun to play a game of ‘how much can I remember?’ (I know, I know, rather like the woman straying into an unlit room in a horror movie, it was never going to end well), and so began the creation of a free-flowing list, randomly writing down names I could recall from various aspects of life. Boom! I’m ahead of the game. Hoorah for me. Cards duly written and mailed.

This same Christmas I distinctly remember thinking that my forgetful, confused, menopausal brain wasn’t going to get the better of me. Oh no sir. I’d totally got this. And so, with gift shopping complete, and even with a few ‘emergency gifts’ thrown in (see, I told you I’d got this), I set up in the spare room like one of Santa’s helpers ready for the marathon wrapping to commence.

Due to a large family, including lots of ‘little people’ to buy for, meant this Christmas it was a case of quantity over quality. Naturally this monumental task required a process (any excuse*embarrassed shrug*) so I decided the most efficient method would be to write the gift tags, complete the wrapping, then attach the gift tag……..and you can see where this is going can’t you?

In my confused, menopausal state (here rests the defence M’lord) the gifts were beautifully wrapped ready for the gift tag to be attached. However, with no obvious way to identify which label went with which gift I was obliged to open each one before the right gift tag could be attached. Doh! Palm to forehead. Throw self on floor, frothing from the mouth in frustration.

And now, to Christmas Day …

A tradition in the family is for the children’s stocking-fillers to be hidden around the house for them to find in the style of a treasure hunt. They love it. Little parcels sparkling bright, each individually wrapped and labelled. So far, so Pixar.

However, this is the year of the forgetful, confused and frankly ridiculous, resulting in Christmas gifts being discovered in rather clever hiding places …….in April! The children loved it as throughout the Spring, yet another gift was discovered that I’d totally forgotten about. It has become the thing of legend. So, thank you menopause, your work here is done, my legacy now firmly established.

Every. Single. Experience. Was. Avoidable…

…had I managed my expectations, accepted my limitations, and generally recognised the futility of being some kind of superhero Mother Christmas, it would indeed have been the most wonderful time of the year.

And so, because I love a list, here are my top tips for taking the pressure off and creating a holly jolly Christmas and rocking around the tree:

Now might be the time to have ‘the menopause talk’ with your partner and children. If they are aware of why you might be more forgetful, tired and let’s say it…stressed, then they might be more inclined to lend you a helping hand. Read How to talk to your teenagers about perimenopause and menopause  and How to explain menopause to men

It’s also important to take things into your own hands and there is lots that can be done to help you feel more like yourself during the Christmas period.

This might not be what you want to hear, but one of the best ways to help you feel your best is to understand what triggers your menopause. And sadly this involves the whole Christmas feast. Health & Her conducted research over the course of a year and involved over 76,000 UK women[1] . The findings help us to understand the real-life concerns of those going through this transitional time.

Accepting that one person is not responsible for keeping everyone amused and content has been my most profound insight. As I’ve learned to gently let go of things a little, to take a step back, and invite others to help lighten the load, my life has become richer, kinder, and immeasurably happier. Christmas is so fraught with expectation and promise it can be difficult to gain a much needed perspective. However, the very thing we strive to achieve by taking on everything ourselves becomes lost entirely. It’s said it is more blessed to give than to receive – well, actually, no it’s not. Receive all the offers of help, allow others to feel needed, and quit with the belief this means you’ve failed as a host. There is true joy and wonder in sharing the responsibility of having a truly Merry Christmas. 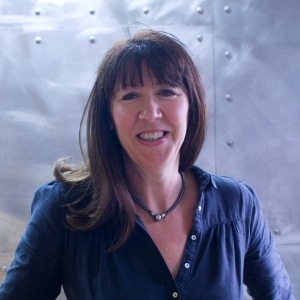 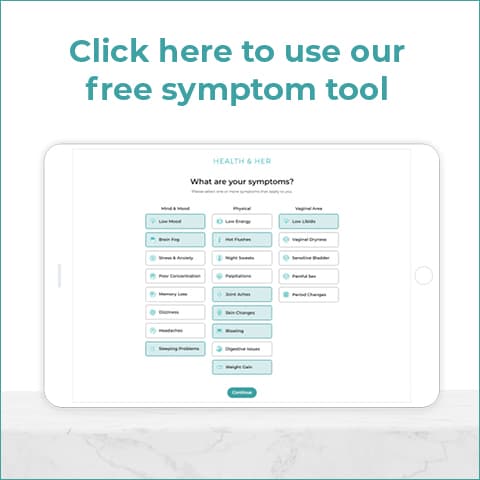 Back Go back to hot topics

You are currently visiting our UK site. Would you like to shop from our EU or US site?